This past week Genevieve went to an engineering camp at our local university.  The camps run 7 hours a day starting at 8 am, so it's a "hard core" school experience for the kiddos!  Some of the students in Genevieve's class were apparently putting off some bored vibes, she tells me that when the teacher quizzed them on how many wanted to be there versus how many were sent by parents and had zero interest, the scale was tipped more than half on the side of forced attendance.

I am very glad that my kids get excited about these fun learning opportunities and have such a great time at them.  Genevieve learned all about engines.  Her team took apart a lawn mower engine and then inventoried all the pieces and put it back together.  They also explored some other engines during the week and had a chance to build an air powered one of their own design.  They had some races on the last day, and the "Pink Scribbles" (her team's name) won and officially became the "Pink Blur."  :)

Way to go, kiddo!  I'm glad it was a fun experience and that she learned so much. 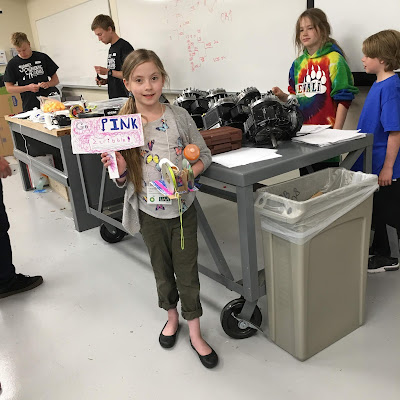 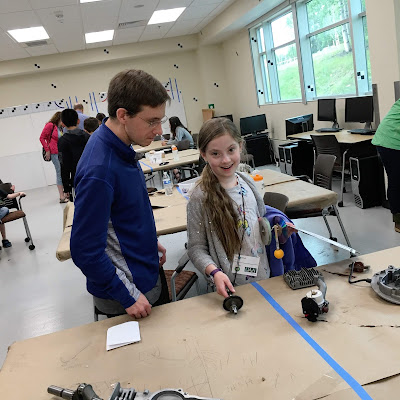